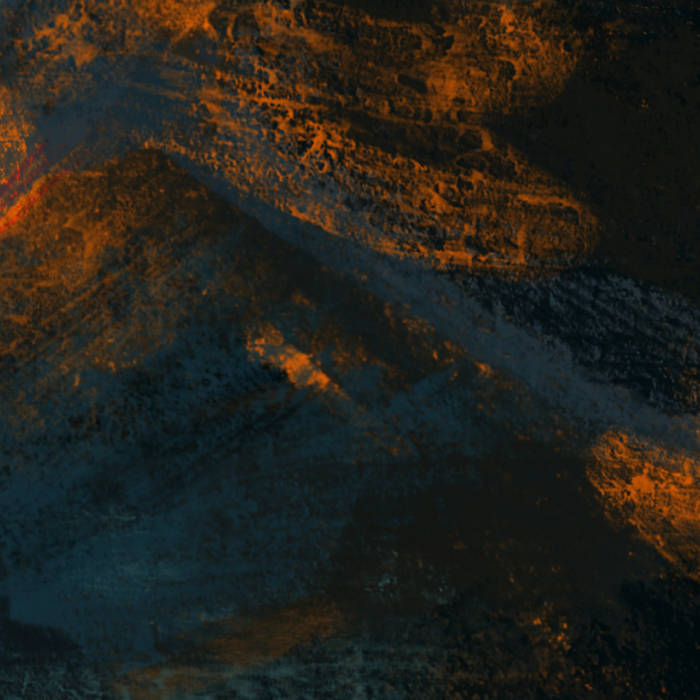 Dave Wilson Great composition and performance on this CD, William Chernoff! I am enjoying it immensely! Keep doing what you're doing! Favorite track: Lutin.

This 3-track EP harnesses a reunion session that took place between Chernoff and his main collaborators in April 2019. The quartet recorded at David Sikula’s studio, Demitone Productions. Chernoff’s friend and accompanist Jonny Tobin recommended going there because it had been a popular space for Vancouver jazz musicians over the past five years. Sikula often worked out of Monarch Studios, the location of the Aim to Stay sessions. Chernoff decided to take his band to Sikula’s own studio to try something different.

Chernoff didn’t realize that “Aim to Stay (Discovery)” would introduce him to what songwriting is all about: the ability to express feelings which one can’t easily discuss. That’s why he titled his first album after this tune. Enrolling at Capilano University, dropping out within a year, and retaining creative partnerships were foundational experiences for the Aim to Stay album.

“Aim to Stay” still holds up as a distinctive composition in Chernoff’s catalogue: less improvised and more like a traditional song. Chernoff says that he finds this recording “more relaxed than the 2016 track” which reflects how the quartet’s members “have matured slightly and found deeper emotional resonance and comfort in their lives since [their] time together at Capilano.” The key difference in the arrangements of 2016 and this one is that during the loud, penultimate section after the piano solo, Chernoff chose a different melody to feature.

In January 2019, Anna Chernoff encouraged Will to reactivate his jazz project. The timing was perfect: he had just finished the most demanding stretch of time in co-founding his folk band and had recently left his day job. Further, he wanted to record again with two of his main collaborators, Carson Tworow and Thad Bailey-Mai, in case life circumstances took them in different directions in the next few years. “Aim to Stay” was one of his bandmates’ favourites to play, so Chernoff wanted this tune to be part of the reunion session.

Chernoff and his spouse Anna noticed a translation of Chinese characters in a display window at T&T that included, among other curious phrases, the words “Earthling Terminal”. Chernoff's favourite way to generate song titles comes from noticing mundane facets of daily life. He quickly wrote this tune that same day.

One of Chernoff’s motivations for making the tune a bossa nova was having repertoire other than standards to play live. He associated the bossa nova genre and its longstanding use as cool, small-venue jazz with his friend Will Clements, a vocalist also from New Westminster Secondary School and Capilano University.

When Chernoff released “Earthling Terminal” as a single in Fall 2019 and the cover art became Anna’s first contribution as a visual artist to the Chernoff Music catalogue. The art features a character who they simply called the Earthling, and they leveraged this character and any fun stories they could draw around it to come up with the next several art pieces. The chest decal on the Earthling’s spacesuit read ‘Nomads’ as a reference to the former name of Chernoff’s ensemble and to the composition and track of that name.

“Lutin” was the first tune that Chernoff wrote in the inspiration phase of the April 2019 reunion session. He combined parts of his roots, like his early love of Herbie Hancock tunes, when looking for the instrumental sounds of this tune and arrangement. The sound evokes outer space, a theme that Chernoff and Anna continued to explore when creating the next several art pieces and characters for Chernoff’s singles.

"Lutin" celebrates Jonny Tobin's role in Chernoff's music. When Tobin worked on the Aim to Stay sessions, he played grand piano and, in the time since, he has grown into a career as a first-call R&B instrumentalist on keyboard and synthesizers. Though “Lutin” is definitely jazz and not R&B, Tobin’s keyboard sound and improvisational style allude to the music now at the centre of his career. Chernoff will always remember that Tobin made time for his music even while Tobin’s wheelhouse evolved beyond what Chernoff could offer.

So often, a creative project begins as one thing and ends up evolving into something completely different. Chernoff had to quickly pivot from his desired course when the pandemic changed the landscape of Canadian music. Prior to this, he was riding a he was riding a wave of creative energy spurred by reuniting with his preferred collaborators. It was only after his plans had completely changed that Chernoff saw how these seemingly disparate creative moments could co-exist in the "In Shadows" era. The narrative threads currently running through Chernoff's projects direct our listening to the people, places, and music that inspired his upbringing in jazz. As a creator, one can only hope for the opportunity to continually bring past and present together, again and again. It’s one of the most satisfying parts of a creative life.

Recorded at Demitone Productions in Vancouver, BC by David Sikula on April 15th, 2019