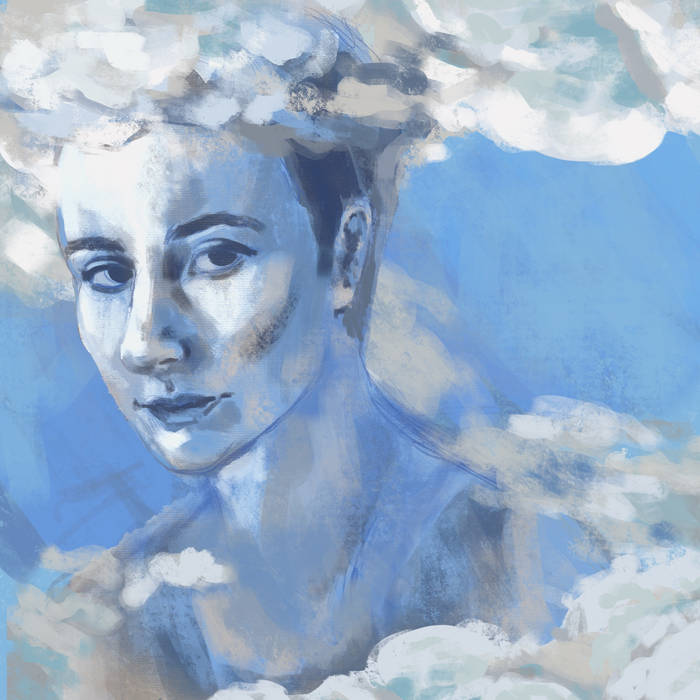 William Chernoff’s trio performance with drummer Carson Tworow and guitarist Francis Henson on September 13, 2020 was the only gig on his calendar that year to survive the restrictions on live music.

Chernoff held out for months deciding whether or not to continue with the gig. By the time September arrived, several months had passed since the first wave of the pandemic hit British Columbia. Venues had adapted: the second floor of the Water Street Café had plexiglass table dividers that brightly reflected the room’s string lights.

Masked up, the three musicians arrived through nighttime air thick with particulate matter from forest fires. They took the stage enclosed by plexiglass and video equipment for livestreaming.

While Tworow has drummed on every project Chernoff has ever released, Henson collaborated with the composer and bassist for the first time during this performance. The two young artists had been fans of each other for a few years, and the release of energy when they begin improvising together is a joy.

The engine noises from the street below made playing music at a conversational volume (as per health orders) challenging. Friends and family cheered throughout the evening, and some supporters even encouraged Chernoff to make a studio recording with Tworow and Henson.

Chernoff couldn't have predicted that the gig would end with friends from his home city, New Westminster, relaying breaking news of a disastrous fire at Westminster Pier Park. The fire made an already bad air-quality situation worse and wrecked one of his childhood haunts. When asked about what Pier Park meant to him as a life-long resident, he reflected that it "represented the come-up of New Westminster in terms of the arts, public space, and a growing sense of community."

Shockingly, it wasn't the first time one of Chernoff's gigs ended with New West in flames—after performing with university classmates on Columbia Street in October 2013, a building one block away burned down.

Chernoff's artistry draws primarily on the desire to document his working life, warts and all. He knew he would leave the venue with audio files of the entire gig and that this moment needed documentation. He texted his neighbour, friend, and recordist Jesse Daniel Smith on the way home about mixing the audio for release.

It's appropriate that one of Chernoff's earliest compositions, "A Four Way in the Heart of the West End", is available for the first time on this live album. The tune captures the spirit of his youthful entry into jazz, and the titular ‘West End’ is in New West where Chernoff grew up, not Vancouver’s more famous neighbourhood.

Henson leads a funky eight-minute version of "Makie Elkino" that makes up for the tune's board-fade cutoff back on Chernoff's album Aim to Stay. Then, along with a reworking of "Earthling Terminal", the trio delivers three more tunes that haven't been released before: the bluesy guitar-bass duo "Chuck's Strip Mall", the ballad "Don't Miss Me", and the modern jazz waltz "154".

You'll find the imperfections of live playing in the final four tracks. "Ulla" has some cable trip-ups by Chernoff within an otherwise beautiful double-time-feel ballad, and the trio takes a tentative approach to "Little Mylk" and "Nomads". At the end of the set, they ran out of time and delivered a 60-second blast of another new tune, "Bridge Deal", to the audience's delight!

Fortunately, the fire had no casualties; the hazy air cleared as fall and winter continued, and Chernoff has persevered as one of his hometown's most prolific artists. As he looks to record and produce his guitar trio close to home, he has this document to remind them of how it came together.

Mixed by Jesse Daniel Smith in New Westminster, BC

Special thanks to Randy Cole