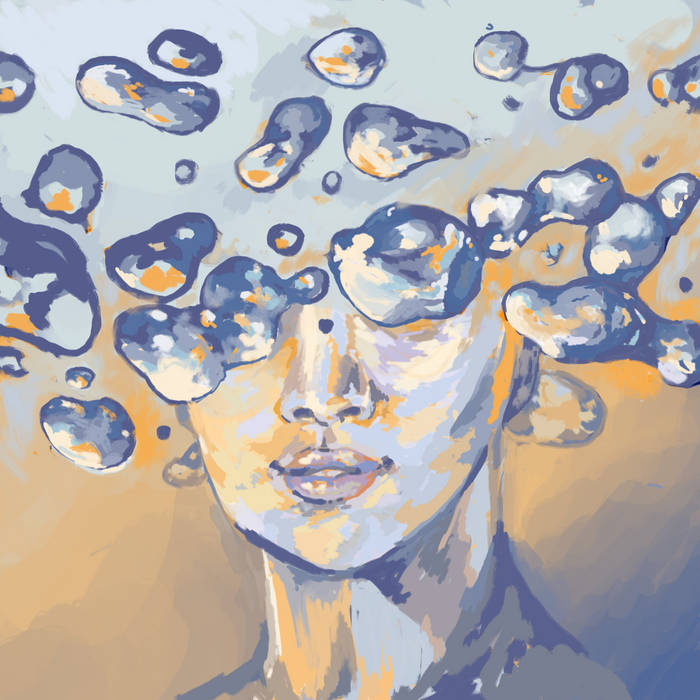 I am often struck by my friend William Chernoff’s appreciation for community. This album describes a vital network of relationships that have nurtured his development from past to present.

Aim to Stay is an homage to the people, places, and experiences that shape us. I have come to understand it as a Bildungsroman: a story of one young person’s moral, psychological, and spiritual development.

The title track, “Aim to Stay”, is inspired by listening to Rihanna’s song “Stay” in 2013. Even though it “wasn’t like stuff [he] would go on to be sad about over the next couple of years,” composing and performing this tune helped Chernoff channel coming-of-age sadness. It’s a favourite amongst his bandmates and local audience.

“Stop Me if You’ve Heard Enough” is inspired by guitarist Bill Frisell, one of Chernoff’s idols. Chernoff met and performed for Frisell at Capilano University in November 2014, where he still spent time despite having dropped out the year before. At the masterclass, a growing sense of insecurity caused Chernoff to leave early. He then returned to campus that evening to attend the feature concert, and the notes that he took during the performance eventually turned into this tune.

“Nomads” is a tribute to Chernoff’s primary local influence, Brad Turner. Chernoff composed this tune in 2013 after listening to Turner’s debut album Long Story Short and in particular the first track, “By Surprise”. He recalls visiting the Vancouver Public Library with his CapU cohort to find Vancouver jazz albums, including ones by their teachers; Turner was one such example.

“Being Bill” draws from Frisell’s 2005 album East/West which Chernoff describes as “patient, slow-cooking, and atmospheric.” The tune mimics this album’s arrangement of “I Heard It Through The Grapevine” and its moody, gritty bass riff. Chernoff composed it in early 2015 to the rhythm of his feet while walking through his neighborhood in New Westminster.

“Ulla” recalls Chernoff’s trip to Copenhagen in 2015 where his landlady, Ulla, taught piano lessons upstairs. He wrote the melody to a chord progression that he often heard one of her students play. Living in Denmark was a formative time for Chernoff as a composer. However, he didn’t know the future that awaited him back in British Columbia and he thought that jazz had passed him by. It was only after reconnecting with friends, like his bandmates on this project, that Chernoff regained the joy of playing jazz.

Chernoff wrote “Sitting To Her Left” in September 2014 during a university lecture on the physics of music, taught by his mentor from a local music non-profit. The tune provides insight into his composition process, which is primarily “spontaneous” and inspired by “literal, mundane things”, like sitting to his friend’s left in the lecture. It is a straight-ahead tune with a head arrangement and a vehicle for improvisation, much like the jazz standards that Chernoff performed at the time.

Finally, “Makie Elkino”. Chernoff had just started playing music when he represented his high school at the 2010 Envision Jazz Festival. He identifies this moment as “the day [his] career started.” “It felt like I was finding a home,” he says. “I didn’t have a community. I had three or four friends, and nothing else before then.” This tune is his first-ever composition. It resulted from three-chord basement jams with his high school jazz friends over the summer.

Chernoff doesn’t covet the spotlight, however. Instead, he seeks to support those around him: “I consider myself a composer who serves the musicians I know and the styles they play. The word ‘serve’ is important to me because I define success as the extent to which I have brought wealth and lasting memories to the people I love through my projects.”

I can’t think of a more fitting epigraph for this album. Enjoy!

Mixed at 12TH ST Sound in New Westminster, BC by Anthony Cenerini
www.12thst.ca

Mastered at Railtown Mastering in Vancouver, BC by Andrew Downton
www.railtownmastering.com